There are currently 26 million people with heart failure worldwide. It is the number one cause of death and one of the most costly conditions in health care. 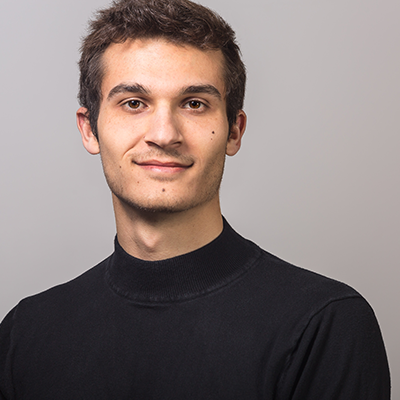 Gabriel Georges is a medical student in his final year at the University of Montreal and Co-Founder, Medical and Clinical Affairs at Puzzle Medical Devices.

Through his journey as a medical student, Gabriel fell in love with the elegance of the cardiovascular system, both on a macroscopic and microscopic scale. This drove him to participate in biomolecular research on new drugs to enhance hematopoietic stem cells. Subsequently, he built clinical content to justify the implementation of novel European nationwide remote monitor programs for the management of chronic diseases, including heart failure. He then pursued an internship in interventional cardiology in St. Olav’s Hospital, in Norway.

Throughout his experiences, he found himself deeply troubled by the vast number of patients who require advanced treatment options for heart failure, but lack access. As a result, he chose to found Puzzle Medical Devices, with the goal of reaching the greatest number of patients through disruptive medical advances.

What will the grant help them do?

The grant will help Puzzle Medical Devices launch a second pre-clinical study, share their goals and vision with the Canadian medical community and gain mentorship from the Joule Innovation Council.

Puzzle Medical Devices was named after their first product, ModulHeart, which assembles as a puzzle inside the patient’s body. The first ModulHeart prototype was 3D printed using a consumer-grade printer, featuring a single non-functional pump body. The pump now has a more complex design, which is 3D printed using titanium powder.

From prototype to puzzle piece

Learn about the 2020 grant program and apply